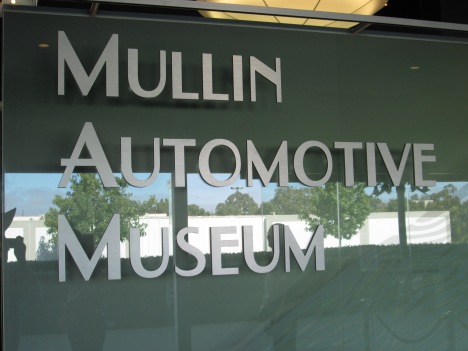 Oxnard, California, is blessed with two world-class automobile museums less than a mile from each other. Martine and I had visited the Murphy Auto Museum twice so far this year. It was a little more difficult to visit the Mullin Automotive Museum, mainly because it is open for tours only twice a month by reservation only.

The Mullin Automotive Museum was founded by Peter W. Mullin, an American businessman and philanthropist, who, early on, fell in love with French autos, particularly the Bugatti (which was 100% French despite the Bugatti family’s Italian origins). 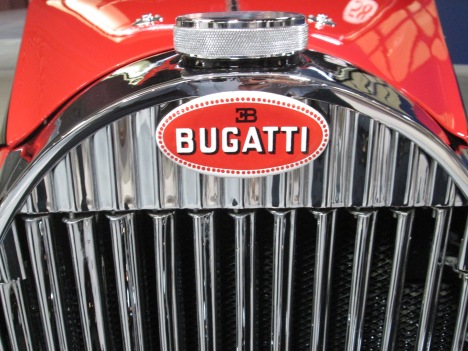 The cars at the museum were a revelation. According to the museum’s founder:

For me the French automobiles of the 1920s and 1930s represent the pinnacle of 20th century art and design—the artistic realization in steel, leather, and glass of a modern idea created at a moment when hand craftsmanship embraced the machine, and a spirit of optimism fueled an explosion in artistic and technical development. As an avid collector, the preservation of these rolling sculptures for the enjoyment of future generations is both a responsibility and a pleasure. I relish the stewardship and preservation of their exciting histories.

Surrounding the automobiles along the outer walls is a world class exhibit of art nouveau and art deco works, including paintings, sculptures, and furniture—to to mention some of the neatest hood ornaments I’ve ever seen. 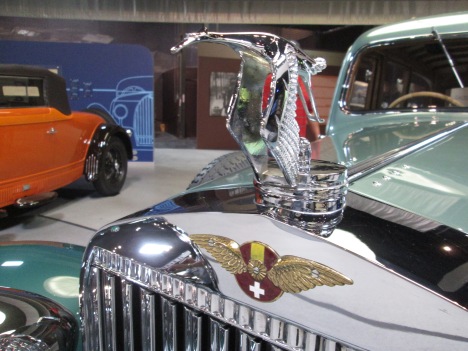 I was so impressed not only with the cars and the artwork that I plan on doing one or more follow-up blogs. Martine and I showed up at opening time (10 AM) and had to be ushered out at closing time (3 PM). We plan on returning in a number of months, when they have changed their exhibits.

Below is view of the exhibit floor, which is designed to resemble the original Paris automobile salons of the early 20th century, complete with signs indicating the major “exhibitors.” 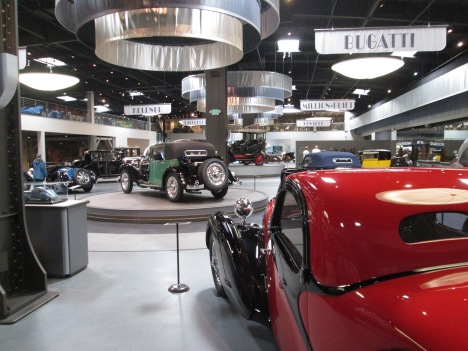 To avoid getting stuck in beach traffic, we returned home via California 126, stopping at Cornejo Produce in Fillmore for some fresh locally-gown produce.
34.052234 -118.243685