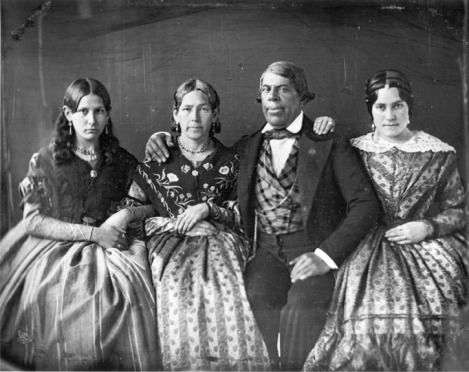 Today, Martine and i visited the Pio Pico State Historic Park in Whittier. Lately, we have spent several Saturdays and Sundays visiting locations that figured in the history of Southern California. And none has been more significant than El Ranchito, the home of the last Mexican governor of Alta California, Pio de Jesús Pico (1801-1894).

As it frequently did during that period, the United States essentially steamrollered the territory of Alta California and its environs. This happened in 1846, when a group of American settlers captured the Mexican army garrison at Sonoma. Within two years, gold was discovered at Sutter’s Mill, setting off a gigantic gold rush, and the United States signed the Treaty of Guadalupe-Hidalgo, ceding what is today the states of California, Arizona, New Mexico, Nevada, and pieces of Wyoming, Colorado, and Utah to the victorious Yanquis. 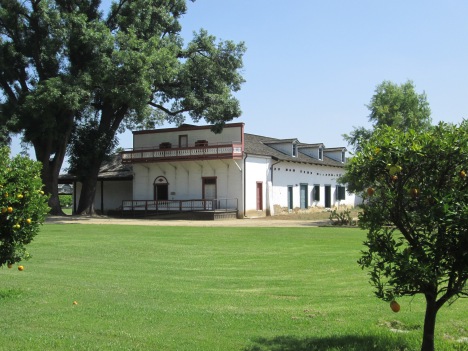 After the Americans moved in, Pico and his family fled to (what remained of) Mexico for a few years. He returned when the dust settled, as he and his family personally owned some quarter million acres. He was besieged by lawsuits, many of them fraudulent. He sold most of the San Fernando Valley in 1869 to finance the building of the Pico House Hotel in Downtown Los Angeles, which still stands today—although mostly empty. 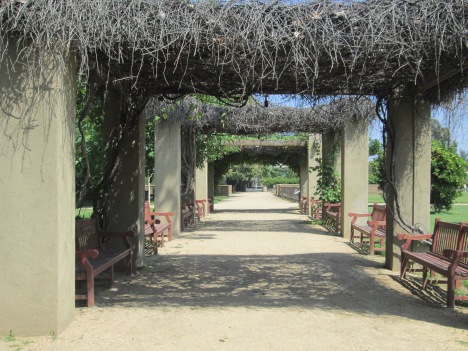 Arbor with Grapevines at El Ranchito

Toward the end of his life, Pico had problems holding on to money, due largely to his gambling addiction. The last act of his life was a sad one. A criollo of Spanish and African descent, Pico never learned English, which put him at risk in his financial transactions. He decided to deed a half interest in his remaining lands to his brother-in-law, John Forster. A sharper if there ever was one, Forster actually deeded a 100% interest to himself, forcing the aging Pico to move in with one of his daughters.

Today, the Pio Pico State Historic Park is a lovely corner of Whittier. There were only a few other visitors while we were there, probably because most Angelenos have little or no notion of the history of the land on which they live.