As the NRA has claimed so often, the best way to stop a bad guy with a gun (BGWG) is with a good guy with a gun. Well, the cops in Uvalde, TX were supposedly good guys with guns (GGWG), but instead of breaking the door down, they cowered in safety while a BGWG wiped out a classroom full of elementary school students plus two teachers for good measure.

Well, it’s time to get new uniforms for the Uvalde cops. How about pink tutus with a matching pink cowboy hat? Maybe their squad cars should also be painted pink. Mind you, I have nothing against the color pink, but I think those gentlemen would—and it would make them think. (Hell, I could have thrown in a yellow stripe down the back, but pink and yellow don’t match).

After listening to the right wing media blame everything but guns for the shooting, I seriously wonder whether the NRA enthusiasts of Texas have a screw loose in their noggins.

Now our right wing pundits are all attacking Pope Francis for being a Marxist. He has been deemed to be guilty for caring about the poor, just as Jesus Christ was some two thousand years ago. In fact, Christ had no compunction about attacking the rich:

Southern Nazarene University has an interesting website with Old and New Testament verses regarding the poor. Here is a little nugget I found from the Epistle of James:

“Suppose a man comes into your meeting wearing a gold ring and fine clothes, and a poor man in shabby clothes also comes in. If you show special attention to the man wearing fine clothes and say, ‘Here’s a good seat for you,’ but say to the poor man, ‘You stand there’ or ‘Sit on the floor by my feet,’ have you not discriminated among yourselves and becomes judges with evil thoughts? Listen, my dear brothers: Has not God chosen those who are poor in the eyes of the world to be rich in faith and to inherit the kingdom He promised those who love Him? But you have insulted the poor. Is it not the rich who are exploiting you? Are they not the ones who are dragging you into court?” James 2:2-6

Then there is this from 1 John 3:17-18: “If anyone has material possessions and sees his brother in need but has no pity on him, how can the love of God be in him? Dear children, let us not love with words or tongue but with actions and in truth.”

One doesn’t have to delve too deeply in the Bible to find that it is all stacked on the side of the poor and against the rich. And yet, so many right-wing Conservatives believe exactly the opposite. Why? Because it is the rich who are bankrolling them, not the poor.

It seems to me that Pope Francis is the real Christian, and all the pundits aligned against him are heretics who deserve to be burned at the stake. (Dear me, it’s my Catholic background coming out again.)

“Ditto-Head”—Another Term for the Brainless?

I am weary of expending my energy reacting to people who say stupid things in public for the purpose of self-aggrandizement, either in the form of fame or money. This has become an age of talking heads who flood the media in order to appeal to the feeble-minded, the left behind, the village idiots. Here, in alphabetical order by last name, are sixteen chronic offenders:

Let me quote Shakespeare’s Hamlet: “Let the doors be shut upon him that he may play the fool nowhere but in’s own house.” 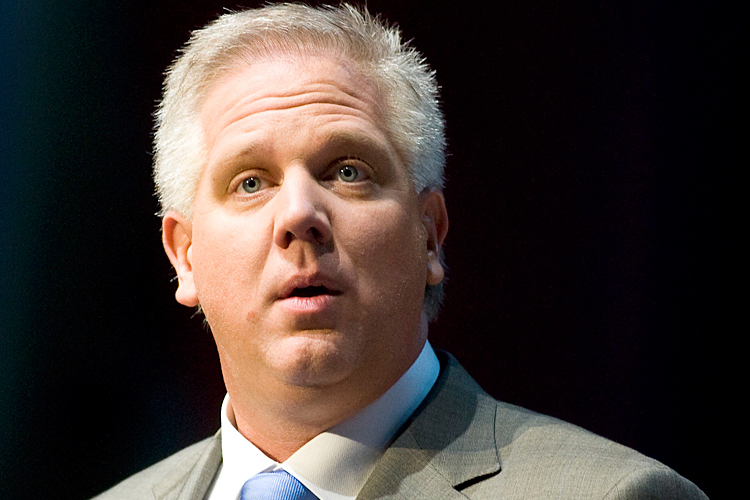 Glenn Beck: “We Should All Get Along, But Progressives Should Be Hunted Down Like Nazis”

The level of political discourse in this country has descended to the level of low buffoonery. Instead of rational political thinking, we have people saying things that are so patently offensive that it is amazing that there is an audience for them. Yet there does, in fact, exist a minority of Americans who live and breathe for just this sort of thing. And there are a large number of people both in politics and the media who have no qualms about supplying it.

It seems that Americans are so thin-skinned that anything will set them off. I used to be one of them. I used to read Salon.Com and RawStory.Com religiously, glowering at stories of the things that American wing-nuts would say to get a rise and develop an odd kind of infamous reputation that, somehow, was not considered repellent by certain people. Today, I discovered that there is a website called Liberal Outrage of the Day, so I guess it cuts both ways.

From Democratic Party money raisers, I am contacted seven or eight times a day with the latest Right-Wing outrage, accompanied by an appeal for money that would presumably be used to combat the named offenders. I have long since stopped reading these e-mails. Stories about what Michele Bachmann, Donald Trump, James De Mint, Glenn Beck, Rush Limbaugh, Sean Hannity and their like now are like [fetid, stagnant] water off a duck’s back. The people who so crudely attack my political values are doing it for fame, power, and money—not to change my mind. They don’t care what I think, just so long as they can appeal to the saps who send them checks in the mail.

I now consider myself a centrist, someone despised by “libtards” and Tea Partiers alike. American politics is now a vast, fetid morass that breeds nothing but disease. The trick is to avoid getting infected by it.