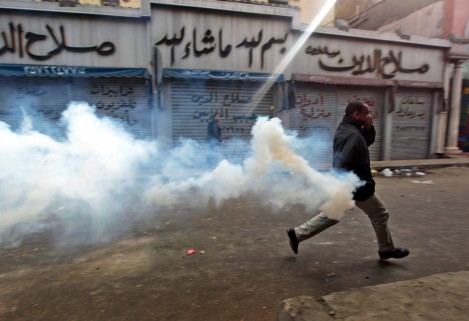 Another Day of Turmoil in the Middle East

Clearly, Islam is undergoing a large-scale upheaval. Ever since the break-up of the Ottoman Empire after the First World War, most Muslims in the Middle East have been living in countries with ill-defined borders ruled by various strong men. There is a general feeling that all is not well with their part of the world.

Beginning in the peri0od between the two World Wars, American and European oil companies moved in on these strong men and made them an offer they couldn’t refuse: unlimited wealth and power, if only they would sign on the dotted line. They signed, all right, but after almost a century, that money has not filtered down to the Arab man on the street. (Most of it probably ended up in offshore banking accounts owned by the strong men and their families.)

What to do about it? Well, first of all, one could riot and cause mayhem. Even if they topple one strong men, like Hosni Mubarak of Egypt, there is always a Mohammed Morsi waiting in the wings to make himself and his family equally rich and powerful.

Or, another popular option is to blame the West for all their ills. “Ameriki” is the Great Satan and must be destroyed, along with its jackal partner Israel. If your country’s unemployment rate for young men is something like 75%, then blowing oneself up along with Islam’s enemies looks like a good career move. The Jihad Option is a popular one, especially the more the situation appears to be dire. The problem is, when all of Islam’s external enemies have been destroyed, then it will be necessary to move on the internal enemies, such as Shia, Alawite, or Sufi Muslims; Druzes; Baha’is; Copts and other Middle-Eastern Christians, and others. Other than filling graveyards, how does that solve their problems?

Islam has so very many enemies, and so few friends. If, by merely existing, Americans become enemies of Jihadists, what’s the point of trying to kiss up to them? The pity of it all is that, to quote Yeats:

The best lack all conviction, while the worst
Are full of passionate intensity.

And the streets are teeming with the worst….