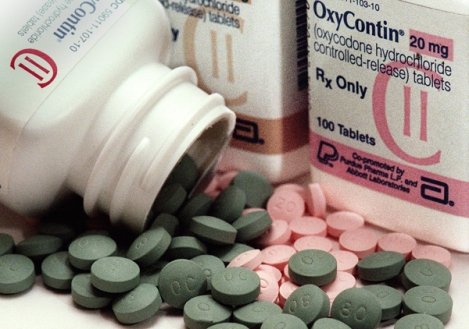 Feeling Blue? Commit Suicide with the Help of Big Pharma!

Back when I was a teenager in Cleveland, we used to have a neighbor named Elizabeth (though in Hungarian, it was pronounced Bözsi) who was separated from her husband and whose life was a sea of troubles. Her back yard abutted ours, and there was no fence to keep her out. (More’s the pity!) Whenever I saw her mournfully trudging across our lawn to visit Mother, I would groan and immediately resolve to take a nice long hot bath until she was finished spilling all her troubles, most of which—in my opinion—were self-inflicted. But Bözsi was one of Mom’s “dear-hearts,” and thus beyond criticism. She probably thought I had a cleanliness fetish. The way I see it, she made me feel dirty.

Now one such “dear-heart” named Lina has fastened herself onto Martine. She tried bringing me into her circle of sympathetic listeners, but I would just disappear. The first time she saw me, she thought to enlist my aid in finding her a good workman’s compensation attorney. Ever since I threw her out of my apartment last year for overstaying her welcome, she rightfully thinks I don’t like her. Her problems are, of course, legion; and she is, of course, an innocent victim of circumstances.

In the May 5, 2014 issue of The New Yorker, there is an excellent investigative article by Rachel Aviv entitled “Prescription for Disaster: The Heartland’s Pain-Pills Problem.”

In certain parts of the country, people like Bözsi and Lina go to sympathetic doctors who prescribe pain pills such as OxyContin, Actiq, Duragesic Patches, and a whole array of habit-forming medications that numb the taker to life, and possibly drain that life away in the long run. Rachel Aviv’s story tells of one osteopathic physician named Stephen Schneider who opened a medical clinic in a suburb of Wichita. Because the good doctor was upbeat, sympatico, and not at all reluctant to prescribe what the patient wanted, before long many of them started to die of heart failure and other causes.

Agents from the Kansas Bureau of Investigation and the Drug Enforcement Administration led Schneider into one of the clinic‘s fourteen exam rooms and asked him why he had been prescribing so many opioid painkillers. He responded that sixty percent of his patients suffered from chronic pain, and few other physicians in the area would treat them. The agents wrote, “He tries to believe his patients when they describe their health problems and he will believe them until they prove themselves wrong.” When asked how many of his patients had died, Schneider said that he didn’t know.

How does one draw the boundary line in cases such as these? One psychiatrist refers to this complex of possibly physical/possibly psychological pain as the “terribly-sad-life syndrome.” Many of these patients are at a dead end and feel that life has dealt them a bad hand. They are hurting and want to be numbed. And, since it is less embarrassing to admit to physical pain when, in fact, it is primarily psychological, they are actually putting themselves in harm’s way. In effect, they are dopers and the nice doctor is a dealer.

If I were a saint, I would be more sympathetic to these people. Instead, I feel somewhat repelled by them. My Mom didn’t, but then she was something of a saint. I guess, if I am to be a saint, I would choose a different class of people to help.