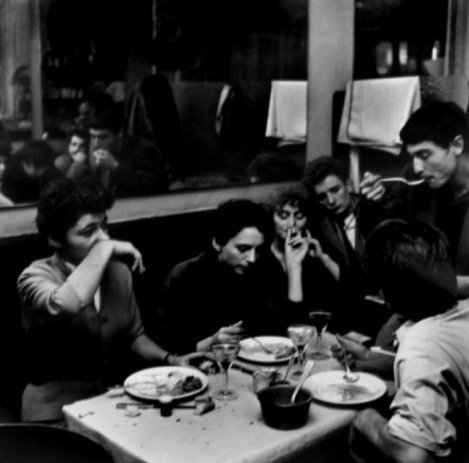 On the back cover of my New York Review edition of Patrick Modiano’s In the Café of Lost Youth was an intriguing blurb:

In the Café of Lost Youth is vintage Patrick Modiano, an absorbing evocation of a particular Paris of the 1950s, shadowy and shady, a secret world of writers, criminals, drinkers, and drifters. The novel, inspired in part by the circle (depicted in the photographs of Ed van der Elsken) of the notorious and charismatic Guy Debord, centers on the enigmatic, waiflike figure of Louki, who captures everyone’s attention even as she eludes possession or comprehension.

Naturally, I was intrigued and looked up the photos of Ed van der Elsken, of which I present two samples here. The above café scene is strongly suggestive of the Modiano book. The Parisian girls shown below are appealing images from a time long past: 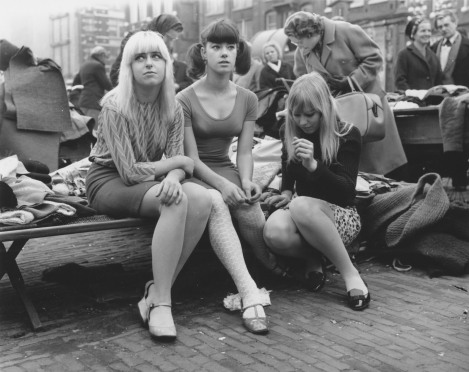 One of the reasons I am drawn to Modiano’s work is that I am in love with Paris of the 1950s. I love the films (Melville, Chabrol, early Godard), the philosophy (Sartre, Camus), and now, with Modiano, the writers—even though he is writing retrospectively about the period over the last decade.