You Have Better Things to Do This Friday

Maybe you’re curious to see how badly Mr. Cheeto-Head blows it on Friday, January 20, when he becomes the 45th and worst President of the United States. Don’t bother: You’ll hear all about it later on. I would prefer that all the stations reporting on this non-event register a big loss. After all, our country will be registering a major loss. For either four years or such time as he is impeached and convicted, we will have had it up to here with his negative tweets and failure to abide by any rule of law. 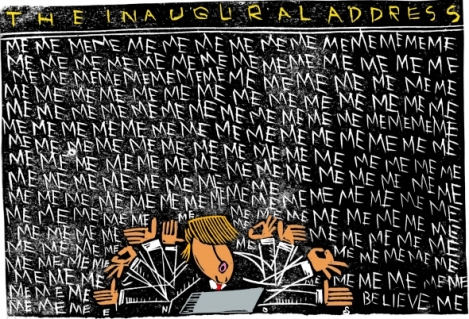 Move Along! There’s Nothing to See Here

If the Orange Demon has any sense of decency, he will bow out the way William Henry Harrison, our 9th President, did in April 1841: Ol’ Tippecanoe died from a cold he got at his inauguration a month earlier.

3 thoughts on “A National Day of Mourning”