Home » tributes » A Light Goes Out 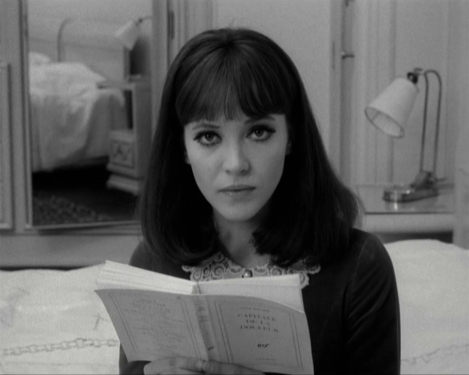 I keep returning to a transitional point in my life that followed my pituitary tumor operation and my moving to Los Angeles at the tail end of 1966 to begin the rest of my life. My hero during that period was French New Wave director Jean-Luc Godard, who was married to the lovely Anna Karina. In all, she acted in seven of Godard’s features, most notably Pierrot le Fou and Alphaville (both 1965).

The latter film, one of my favorites, could only be described as Science Fiction Film Noir. In it, she plays Natacha von Braun, daughter of the notorious Leonard Nosferatu (alias Professor von Braun), chief administrator of Alpha 60, the all-powerful computer that rules the city of Alphaville.

On December 14, the Danish/French film actress died of cancer in a Paris hospital. It was hard to see an actress whose loveliness I revered when I was young come to an end. 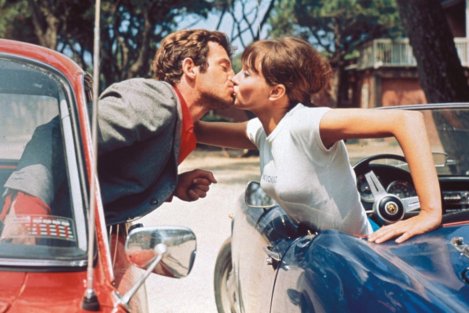 I have several of the Godard/Karina films on DVD and will probably be viewing them again in the weeks to come. Somewhere, in those almond eyes, my own past is looking back at me. The most apt expression? The lines Karina says in Alphaville:: “Joli sphinx.”

It would be nice if all the people we have loved from near or afar can continue on with us as if in a cloud around our persons. But it is not to be.

One thought on “A Light Goes Out”