Home » texts » How To Deflect a Bribe 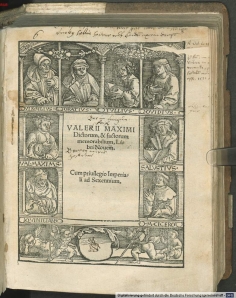 Manius Curius was the most rigid model of Roman frugality and the most perfect example of courage. When the Samnite envoys were brought in to see him, he was sitting on a rustic bench beside the fireplace and taking his dinner from a wooden bowl; you can imagine the kind of meal it was from its presentation. He thought nothing of the wealth of the Samnites, but they were amazed at his poverty. They had brought him a huge amount of gold presented by their state, and speaking kindly they invited him to accept it, but he burst out laughing and said at once, “You have been sent on a pointless, not to mention stupid, mission; tell the Samnites that Manius Curius would rather rule over rich men than become a rich man himself; take away that expensive gift, which was invented to do mischief to men, and remember that I cannot be defeated in battle or corrupted by money.”—Valerius Maximus, Memorable Deeds and Sayings