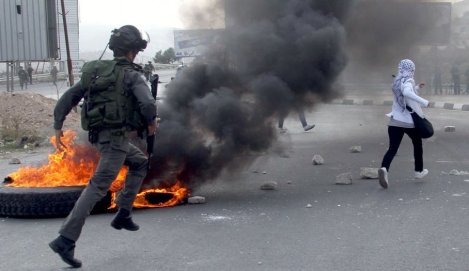 Both Israel and Hamas Are Asking for a Miserable Future

I do not intend to say who is right and who is wrong. But I think that both Israel and Hamas will suffer in years to come for their mutual intransigence. Both sides have negotiated in bad faith, especially when Benjamin Netanyahu was on one of the sides. Unfortunately, it is the innocent who—as always—suffer the most. The images of wounded Palestinian children are everywhere in the news. And certainly, the casualties are grotesquely one-sided.

The question I ask is: When does Israel’s right to defend itself cross the line over into war crimes? Although their rocket attacks have been one-hundredth the intensity of Israel’s air and land barrage, one might also ask of Hamas why, considering what they know of Israel’s tendency to over-respond, do they continue acting in such a way as to deserve punishment by Israel? But will Hamas be punished, or the Palestinians who just want to survive with their families and property intact?

So much of the news today is about irreconcilable conflicts between people who should be brothers: Ukraine and Russia, Syria and the Syrians, Iraq and ISIS … the list goes on. And the casualties continue to mount.