Home » tributes » Death of a Bookseller 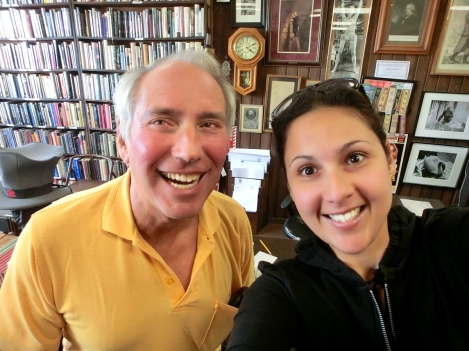 Time passes, and so do we. I had not been to my favorite used bookstore—Sam Johnson’s in Culver City—for many months. One of the two partners who owned the store, Larry Myers, was seated at the desk. When I casually asked him how his partner Bob Klein was, I was told that he died in June. I was appalled. For over three decades, I have looked forward to my conversations with Bob. Even though his politics were diametrically opposite to mine, we had always got along.

In addition to being a bookseller of some repute, Bob had taught English at Santa Monica College for decades. There was frequently a steady parade of students who regarded his bookstore as an extension of his office.

He was also an author who has written three books under the name R. E. Klein:

I have the read the last two of these and loved them. I always hoped to see Bob write more books. In fact, I always wanted to interview him as an educator, writer, and bookseller and write a series of blog posts about this singularly talented man who was also my friend. But the opportunity was lost.

The bookstore was not always at this location. I got to know it when it was located on Santa Monica Boulevard, near where I was working at Urban Decision Systems. My lunchtime visits to the store led to my discovery of G. K. Chesterton, who has become one of my favorite authors.

With the passing of Bob Klein, Los Angeles has lost a civilizing influence; and I have lost a friend.

One thought on “Death of a Bookseller”