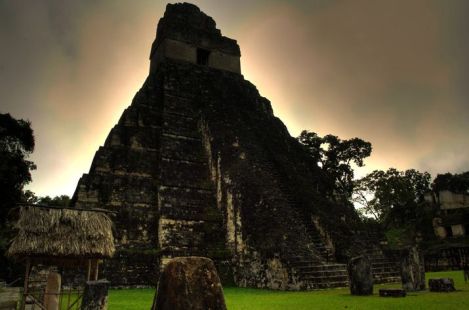 Temple I at Tikal in the Petén

It’s time to resume visiting Mayan ruins, after a hiatus of twenty-five years. It was in 1992 that I went to Yucatán with Martine and several friends from work. For years I had wanted to see the ruins in Guatemala, but there was something like a civil war going on under the dictatorship of Efraín Ríos Montt, whose “Evangelical” regime was slaughtering the Mayans. For most of the 1980s, the U.S. State Department recommended that Americans stay out of Guatemala.

Later this year, I hope to visit the ruins of Tikal and Quiriguá in Guatemala and hop over the border into Honduras to see the ruins of Copán. Half the trip will be devoted to ruins, and the other half to visiting picturesque Highland Mayan towns like Antigua, Huehuetenango, Chichicastenango, and Panajachel. It would be nice if I could talk someone into accompanying me, but even at my advanced age, I am too adventurous for most of my friends.

I am starting my planning early, because I have a lot of reading to do before the rainy season ends in Central America.